PACKAGING / BRAND IDENTITY
Illustrator, Dimension
Caravel Craft Brewery is a Calgary-based craft brewery owned and operated by a couple from
Europe. They specialize in European-style beers and aim to have an intricate, Old World look to their
packaging. The Winter Mix Pack consisted of four core beers in 750ml bottles. It was meant to stand out on shelves to people wanting to purchase a special gift for the beer lover in their life. 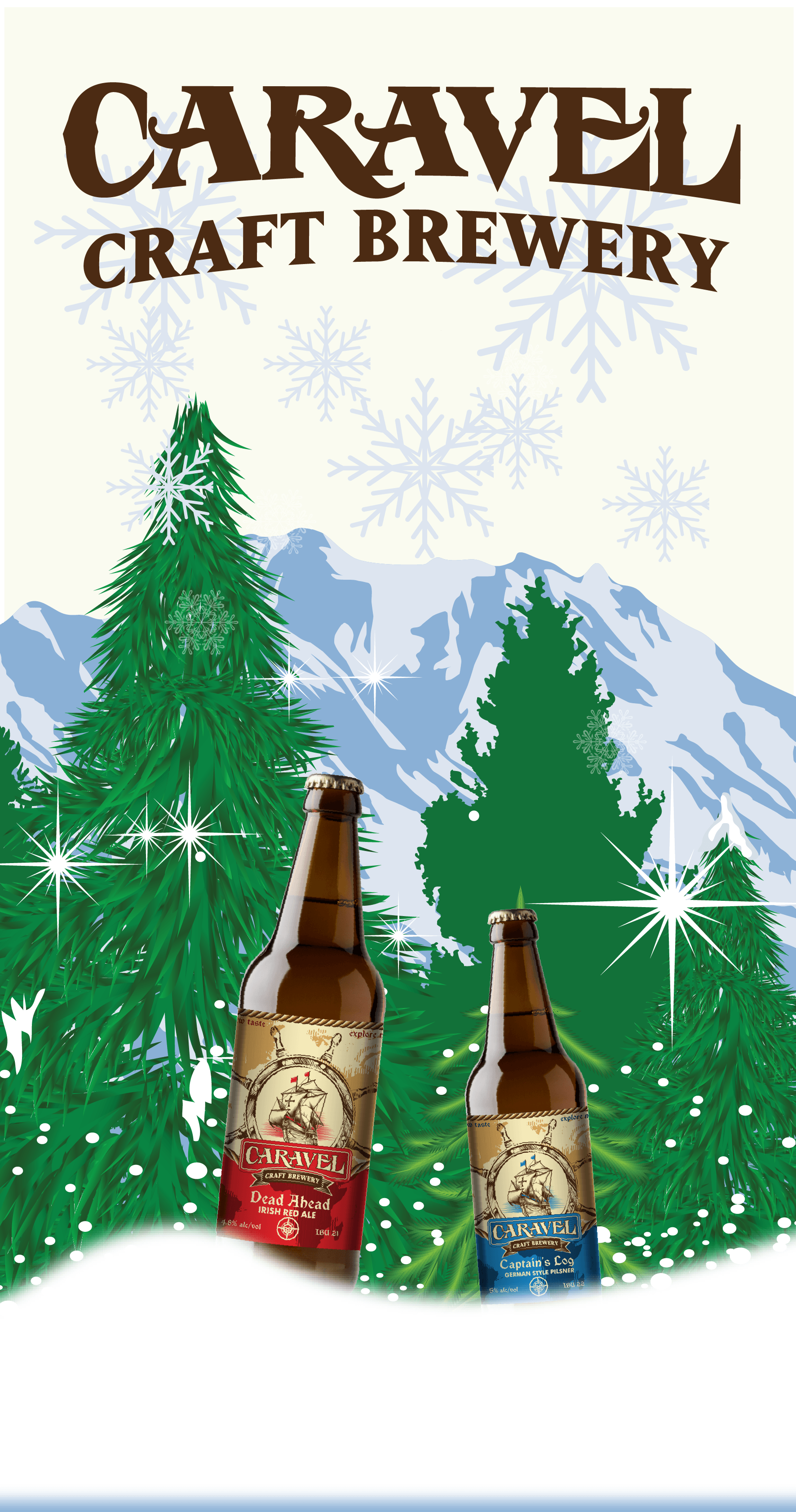 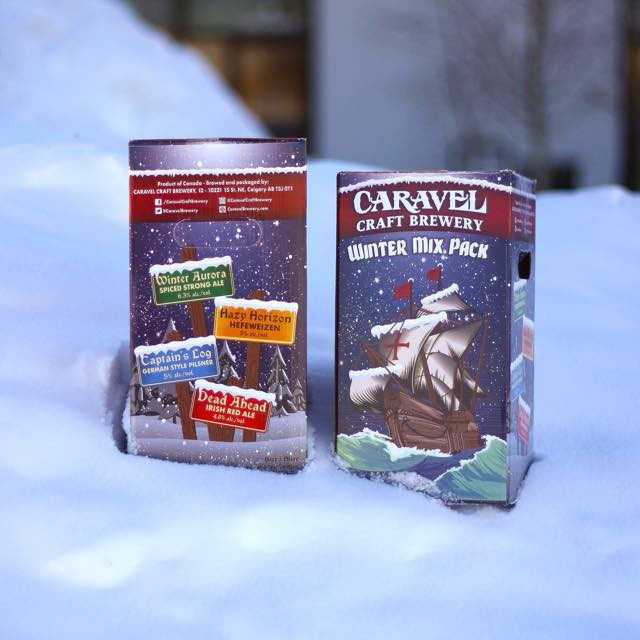 Challenges
Caravel Craft Brewery is a small operation and keeping this project cost effective was important. They had a small packaging setup, and bottled in 750ml (22oz) bottles at the time. Myself and Caravel worked closely with a local cardboard packaging company, visiting in-person to pick out a box type and shape that would fit our needs. We opted for a lightly corrugated cardboard with a gloss decal in a non-custom size that conveniently fit the four large bottles.
Process
As always, a few design concepts were presented in the beginning to help us decide what direction to
go in. We started with designs that showed the bottles that would be inside the box. But as the ideation
process continued, we found ourselves being drawn to more art-heavy types of inspiration.

The Final Product
The final concept involved taking Caravel's original logo, an intricate drawing of a
Caravel ship, and placing it in a wintry ocean scene. For this, the logo was colorized with additional detail to make it work on a more realistic, larger scale. The idea of showing the bottles on the package was dropped, and instead Santa’s Workshop style signage was added to the sides to show what the package contained (as mandated by the liquor commission).
An additional company write-up was included, knowing that most people purchasing this box would
likely be trying the brewery for the first time. This ended up being a best seller for the brewery that Christmas, and liquor stores were eager to display the uniquely-designed box in their stores.
↑Back to Top